If you have been reading this blog you will know the reason why we at the Nomad farm collect up all the fruit and vegetables (organic) waste from the Hotel and Restaurant.. It is so that we can be producing our own Organic fertiliser in the form of compost.

However, this post is about another good reason to keep compost piles.. and this reason is fast becoming more and more popular around the world.. Larvae farming.

Larvae are the little grubs that are the young of other insects. Larvae (like maggots, and black fly larvae) tend to eat a huge about in a very short time meaning they grow very fast and they are very high in protein. 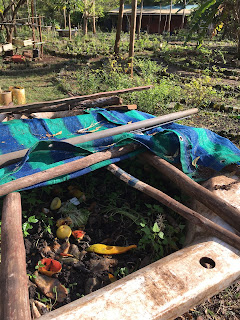 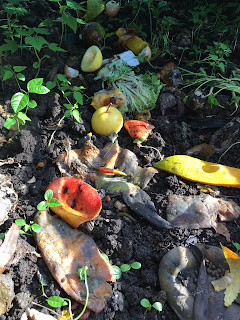 Earth Worms from this Jaccuzi wormary are also nutritious diet supplements for chickens and fish.

In some places around the world people actually eat larvae and grubs, to us it may seem strange for now but as the human population continues to outgrow food production grubs as a diet supplement will only become more common.

Larvae grow very fast and are found in masses around fruit peels and rotting organic matter, for this reason they are quite a fast turn over 'harvest'. Some Larvae farms can produce over 2 tons of larvae a day!

Larvae are very much sought after for use making animal feed, both chickens and fish love the Larvae which adds to their free range diets. Even some of the feed given to herbivores such as cows in feedlots contains the high protein, dried-out and ground Larvae.

Some people have even made their business collecting organic waste and farming larvae for chicken farms, fish farms or for commercial animals feeds.

Imagine how much organic waste is generated along Diani Beach in one day. Enough to make ALOT of compost for Organic farming and enough also to produce huge amounts of larvae... which .. if one looks sustainability wise.. could save quite a bit of money in the long run if one was BUYING animal feed.

As some of you regular followers know we at the Sands at Nomad and the Nomad Beach Bar are very serious about trying to reduce our impact on... 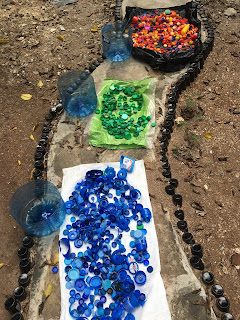