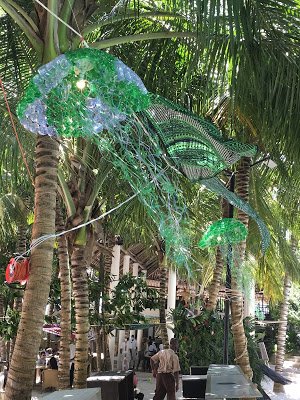 The new year has started and it seems that maybe it could be heading in a better direction than the last. Reports are out that the Corona cases are going down! Good news if this trend keeps up. Fingers crossed.
Over the new year period a responsible and socially distant event was lucky enough to be graced with the presence of the two light up Jellyfish made by the Sands at Nomad’s Green Team out of collected plastic waster bottles. These bottles came from other establishments which we can happily say now, have started to follow suit with the Sands and use only glass, refillable bottles. That is a big step for Diani, we hope that more companies will follow. 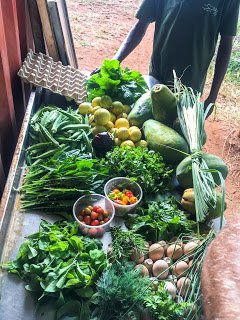 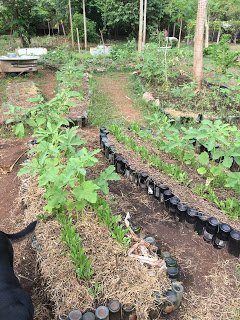 The Sands Organic farm is looking fantastic with all the seeds and seedlings planted out over the brief rain period we had at the end of last year starting to bear fruit (and leaves). The photo above on the left was the morning harvest on Saturday 2nd of January, not so bad. 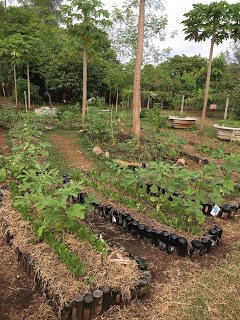 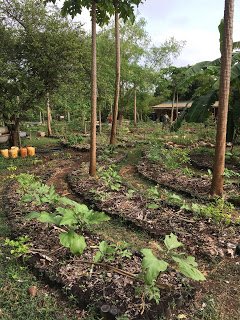 Recently one of our Hens has successfully brooded 10 little chicks to add to our flock, we are also in the process of removing the older Hens who are no longer laying, we are selling these for good prices to our neighbours and the money earned from these will go into buying a new generation of chicks. 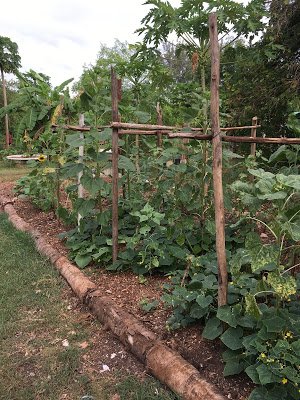 Sometime back we mentioned and photographed this raised grow-bed above. The ‘soil’ mix used to fill the bed was dug from under workshop waste wood piles (and all the other waste that had ended up inside it). After cleaning the mix as best we could we decided to see if if was possible for anything to grow. As it turned out it did, with few issues. Today we harvested the second round of cucumbers from this raised bed. They looked and tasted perfect. It is great to have success from a time-consuming waste management project which has born us fruits on the farm. 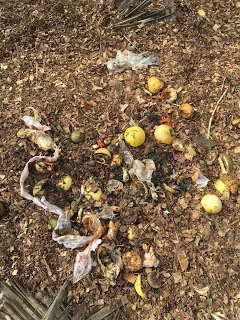 With The Nomad Beach Bar being so busy over the last week it goes without saying that the Chefs are sometimes more in a hurry, so much so that sometimes the wrong type of waste ends up in the wrong bin. The photo above shows an example of this with clingfilm plastic having been thrown into the organic fruit and vegetable bin. We have pointed this out to the management team in the Kitchen and they in turn have mentioned this to their Chefs. Communication and repeat training is necessary when dealing with waste management systems. 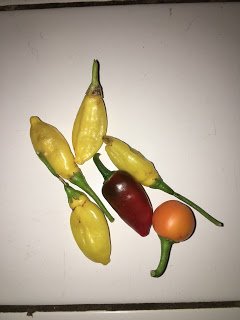 Some new varieties of Chilli we are starting to grow on the Sands Organic Farm, The Orange colour one is from Tanzania, the Red from South America, The Yellow are Lemon Drop, when we have more in production the already addictive Chilli sauce at the Nomad Beach Bar and Restaurant can only get better. 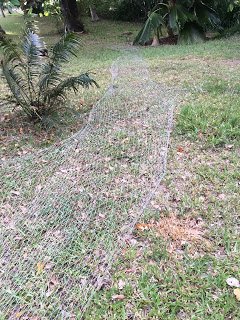 Poaching in the forests around Diani is sadly still a serious problem and one which has got worse over the times of Corona with people out of work and money looking to make ends meet in the illegal bushmeat trade or other nefarious deals. The closure of the schools has meant there have been some groups of children around through the days and into the early evening, reports have been coming in of hunting parties using stones, machetes, dogs and nets to catch some of the last remaining wildlife existing in the forests.
The Net above, which is a total of 40 meters long, was confiscated off a group of three boys with dogs as they attempted to put up the ‘trap’ in the forests behind the Sands at Nomad. Luckily the forest security managed to chase the boys off and the Net was removed from circulation and use.. meaning it cannot be used to catch many animals in the years that come. A worthy outcome. 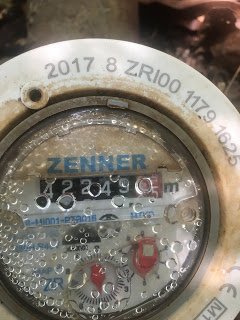 One can only begin really moving towards being sustainable if one is collecting records over time and finding ways to compare these records to one another so helping to identify strengths, weaknesses and patterns. Above is a photo taken of the water meter entering The Sands. This photo was taken on the 1st of January. The reading will be compared to the final reading from December the 1st so that the total consumption can be read. Final data results and finding will be sent to department heads as part of the monthly ‘Sustainability report’
January 4, 2021/by Atti
https://green.thesandskenya.com/wp-content/uploads/2021/04/nomad_recycling_1600_900.jpg 900 1600 Atti https://green.thesandskenya.com/wp-content/uploads/2021/01/thesandsgreen-300x140.png Atti2021-01-04 10:18:002021-06-12 12:09:43UPCYCLING, FARM UPDATE, WASTE MANAGEMENT AND RECORD KEEPING