In the past month The Sands has partnered with The Diani Turtle Watch (DTW) to add another sea turtle nest relocation site in the local area to try to further increase the number of successful hatchings of sea turtles in Diani. 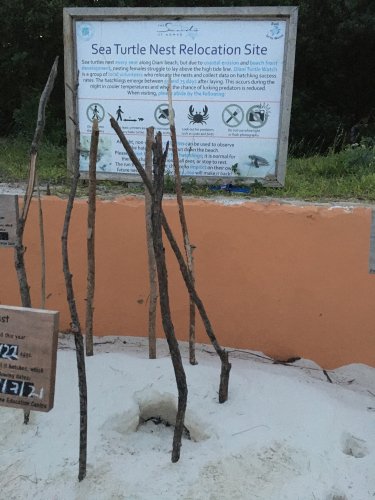 The first nest relocation site created in 2017- 16 nests this year!

Due to the lack of safe and secure nest sites, in 2017 the Sands built a relocation site above the high water mark on the hotel beach front. The site has been very successful since then but as we found out; this year more Turtles than ever are choosing to nest in the area and the site was not big enough for all of them, the relocation site was full by the end of May with months of nesting season still coming. 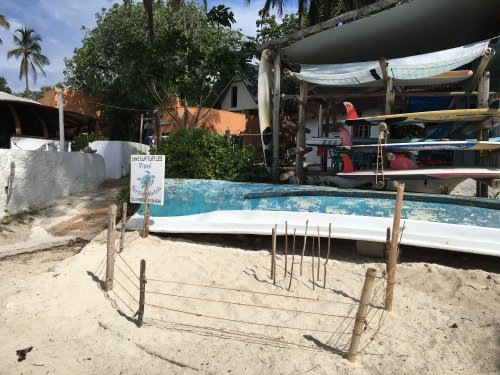 The new nest relocation site, above the watermark and safe.

Within days of realising the issue another site nearer the Nomad Beach Bar was identified, excavated, cleaned and re-layed with sand ready for more nests and more hatchlings. This year the first relocation site held sixteen nests, many have hatched some are still due, the new relocation site already has another four nests. A total of twenty nests this year, each nest averaging over one hundred eggs is over two thousand (+2000) baby turtles. It sounds like alot? Well, Imagine that out of those Two thousand only two (2) are expected to survive to adult breeding age. 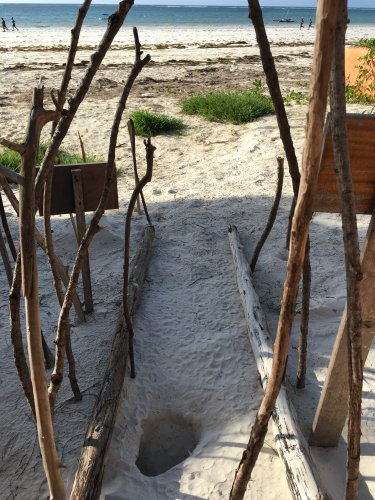 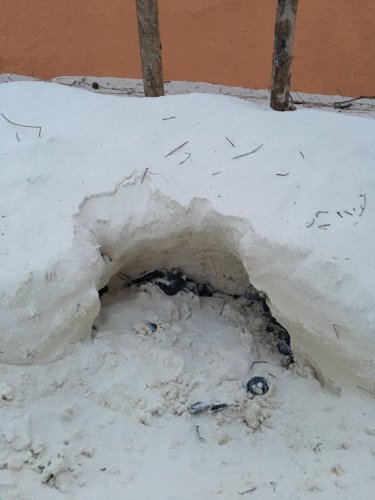 Above left– Evidence of one of the recent hatchings.     Above Right– Hatchlings waiting for the time to ‘sprint’.

Some might ask why go through all this effort for the survival of  just two individuals.. the answer is that we know how important just one sea turtle is to the marine ecosystem, to us as humans and all life on this earth. For more on this read on.

There is a strong link between the existence of Sea Turtles and a healthy marine ecosystem. In short for those who don’t know, the different species of Sea Turtle provide vital services, without which, the local marine environment will degrade and diversity will be lost, causing further interconnected species to die, eventually affecting human food species.. and so us.. as humans.

Hawksbill Turtles help control sea sponges growing on reefs and corrals. This allows healthier corrals and so healthier all species that rely on corrals for food and/or shelter (basically all ocean life).

Green Turtles ‘graze’ sea grass beds, controlling the sea grass from monopolising ecosystems. In the event sea grass was not controlled naturally it would cause a ‘die off’ in the ecosystem as light for photosynthesis would not penetrate to the ocean floors causing losses of aquatic plant life and all the species relying on this to survive.. and those relying on them.. etc.. until it affects us, Humans. Access to the sea floor would be inhibited so removing an entire ecosystem type and it’s inhabitants. 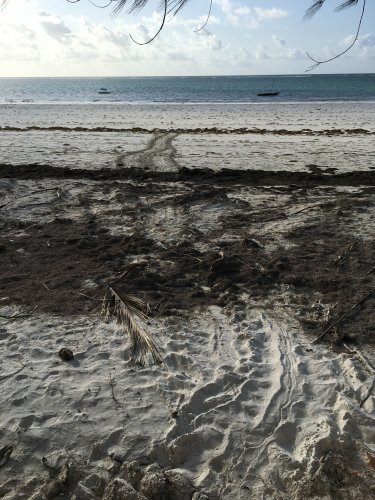 The Olive riddley project on Sea Turtle Conservation has this to say:

‘Sea Turtles have many recognized roles in the evolution and maintenance of the structure and dynamics of marine ecosystems; they are an integral part of the interspecific interactions in marine ecosystems as prey, consumer, competitor, and host. They also serve as significant conduits of nutrient and energy transfer within and among ecosystems; and can also substantially modify the physical structure of marine ecosystems. https://oliveridleyproject.org/ufaqs/why-are-sea-turtles-important-to-the-environment

So basically the more endangered turtles we help to survive the healthier the Marine ecosystem and us.

Ocean Conservation- From Trash to Treasure